Let us therefore make every effort to do what leads to peace and to mutual edification.
- Romans 14:19
“Two countries engaged in active water cooperation” will “not go to war, for any reason."

It's the most extraordinary finding. The Strategic Foresight Group, a global issues think tank, in an in depth analysis of 146 countries that share rivers, lakes and other freshwater resources, found that “countries enjoying peaceful co-existence have active water cooperation and countries facing risk of war have low or no water cooperation.” Access to enough safe water offers a path to better health, food security, and more stable economies.

That may well explain why water is a popular target for terrorists. According to a U.S. Homeland Security report, between 2013 and 2015, ISIS alone launched nearly 20 major attacks against Syrian and Iraqi water infrastructure. When ISIS seized the Fallujah Dam, it gained dangerous leverage over local governments and populations by cutting off water to Christian, Kurdish, and Muslim minorities.
Bashar Assad reportedly bombed water sources around Damascus to cut off water to 5.5 million people and the Taliban has attacked multiple dams in Afghanistan. When the Somali government retook cities and ports, Al-Shabab cut off the liberated cities from water sources and destroyed water supplies. Colombia’s FARC bombed an oil pipeline, polluting a major river that resulted in 150,000 people losing water. In conflict-ridden eastern Ukraine, water treatment workers in Donetsk were regularly targeted as they struggled to keep clean water flowing to its 345,000 residents.

In the next decade, some 2.9 billion people in 48 countries will face water shortages. A group of retired three- and four-star officers from across the U.S. military issued the report,  The Role of Water Stress in Instability and Conflict, detailing the security threats that global water scarcity could pose for the U.S. and allies in coming years.

Likewise, water can be a source of stability and peace. One of the holiest shared water sources is the Jordan River, bordering Israel, Jordan and Palestine. Today, it is a sad and polluted version of its once mighty self. One group is bringing all three countries together around water in the name of peaceful coexistence and enough water for all. Learn more about EcoPeace Middle East. 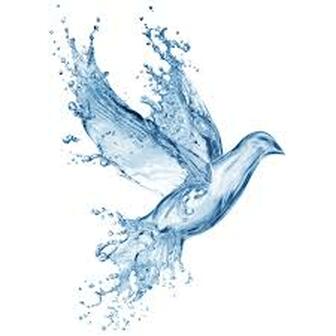 Water is a path to peace.