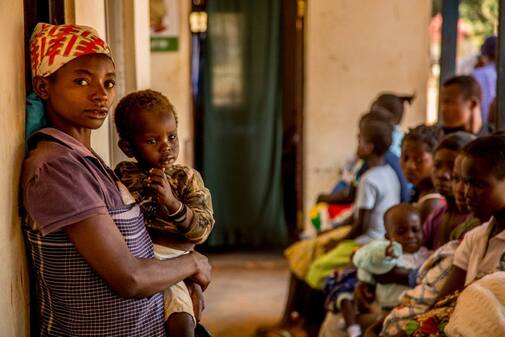 I have served as a medical volunteer for many years, and in most of the underserved areas of the world where I’ve been, water is a big problem. Nzara is part of South Sudan CHAMPS. It is a small town that is fortunate to have a few streams and rivers with water for the entire year, even during the dry season. However, the water is contaminated. Sadly, most families just don’t have the money to treat the water, so a lot of people get sick. Many infectious diseases – especially gastrointestinal issues that result in vomiting, diarrhea, and life-threatening dehydration – put young children, especially infants, at risk.

In Nzara, CHAMPS works with the Camboni Sisters at the St. Teresa Hospital. The hospital compound is blessed with three good wells. With the support of CMMB and other partners, St. Teresa’s installed a solar-powered water pump. It’s amazing. The clean water from the wells is pumped into large tanks that supply the hospital and other buildings in the compound. The patients and their relatives (who assist with care) – as well as hospital staff – all have clean water for drinking, food preparation, and bathing 24/7.

Safe, running water is so basic to good health, especially at a healthcare facility. If patients don’t have safe water to drink, and if staff can’t wash their hands, you’re going to see significant infection and illness rates. 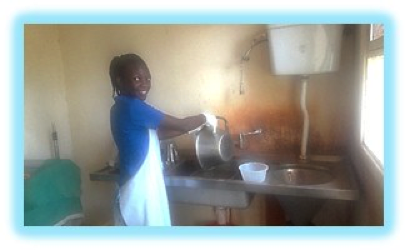 "On receiving my appointment letter as a volunteer Nurse at Kikuube HCIV I was thrilled. However, my thrill was turned into disgust, discouragement and regret on my first day of work.

As a volunteer midwife, I attend to mothers in labor, those who have given birth, and new born babies. Due to their vulnerability and high risks of infections, I must exercise high levels of infection control to protect the mothers, babies and myself. This meant washing of hands in between patients, cleaning and disinfecting equipment and surfaces and good personal hygiene of mothers, care takers and the babies.

On that fateful first day in the dry season, the only rain water harvesting tank attached to the maternity ward was empty with no single drop of water. The maternity ward was unbearably stinky and uncomfortable! Some caretakers carried water from a nearby borehole, others would keep the dirty linen only to be washed on discharge while at home as such the stench in the maternity ward was excruciating. For a moment I wondered whether this was a place for saving lives, or putting lives at risk!

Months down the road, World Vision rehabilitated the existing non-functional piped water system in the healthcenter, connecting all wards and every critical point of care. My job is so enjoyable now because there is plenty of water to wash hands, equipment and work surfaces and floor. Mothers and caretakers, too, have no more excuses to store dirty linen; as such there is better personal hygiene and the ward is clean hygienic and smells good! My regret is no more! 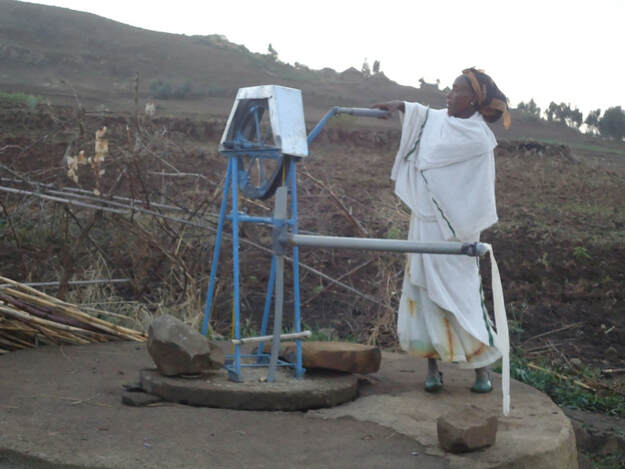 As the world watches countries hard hit by famine, Dinkie is a great example of resilience in action.

Dinkie’s family had plenty of livestock before the death of her husband, but as a 50-year-old widow with 5 children in Ethiopia, her livelihood depended on rain-fed agriculture. When drought conditions limited her production to just one crop per year, she could not keep the livestock at the expense of starving her children, and had to sell most of it to cover food gaps. ″We were eating small portions of food twice a day just to sustain our lives.”

Thanks to Food for the Hungry, a USAID Food for Peace partner, Dinkie received training on horticulture and fruit production and the project helped her construct a hand-dug well with a rope pump. This well is at the center of her ability to cultivate nutritional vegetables on arable land. She diversified her crops with seeds provided by FH -- tomato, Swiss chard, potato, cabbage and apple seedlings. Now she’s harvesting three crops per year. One harvest is still fed by the rains, but the other two are fed with water from her well. She’s feeding her children nutritious food, and earning extra income for clothing and school supplies by selling her seasonal vegetables. She’s been able to retain her remaining livestock and even improve her small home. 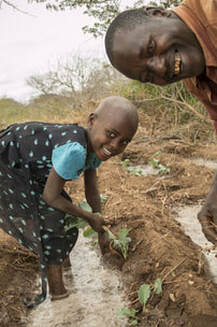 Mr. Sevu Kanyasya and his 6-year-old daughter, Wuyua, plant seedlings in their garden in Makueni County, Kenya. Sevu is able to farm and irrigate his fields in this arid county thanks to Lutheran World Relief’s WATER (Watershed Approach to Enhance Resilience) program. This system provides water access to Sevu’s family and more than 1,800 other households in the region. 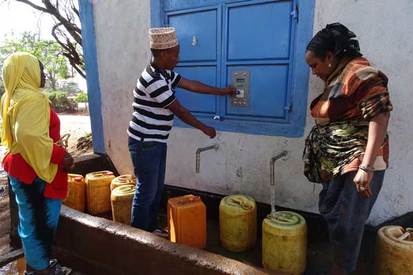 To help strengthen community resilience, Food for the Hungry implements a USAID-funded water project in Kenya that draws water from a forest spring. Water is treated and then retailed to local residents through a pipeline to a water ATM.

More than 2,000 households now buy clean and affordable water for drinking and cooking through this dispenser system, which maintains a consistent and much lower price. In the past, people would spend days and nights lining up for water and still some would return home with empty jerry cans. Residents were wholly reliant on water trucks that charge high prices for this scare commodity, which many families cannot afford.

While more water is still needed in this parched region, the ATM project is a huge help and deeply appreciated. “This new technology has also improved the speed at which we get access to water and it has brought fairness,” says one resident. 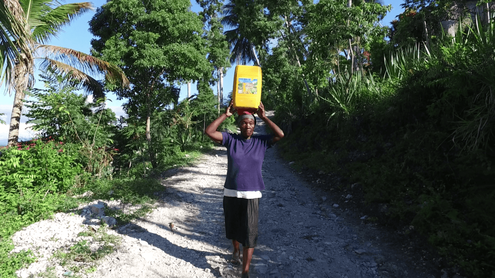 Akianne is a 68-year-old widow who lives alone in a remote area of Haiti. Although, she has a latrine, it is in very poor condition. She explains that most people in her community do not have latrines and they use the outdoors instead. This practice led to an outbreak of cholera, putting many in danger.

Despite her age and poor health, Akianne must walk for two hours just to reach a community well. The journey is challenging, with steep climbs and rocky terrain. Returning home is always more difficult with a heavy container of water. Akianne often leaves her home before the sun rises to avoid long lines and to reach the well before it runs dry.

She knows that the water she brings home will likely make her sick, but she doesn’t have money to treat it. But her biggest worry is that someday, she will not have the strength to make the journey. 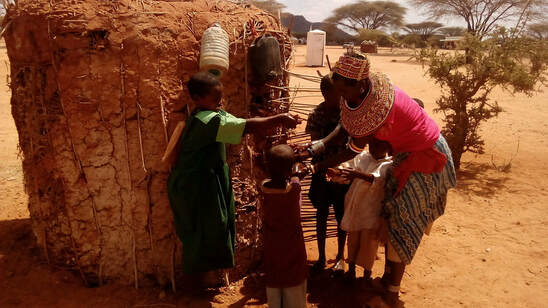 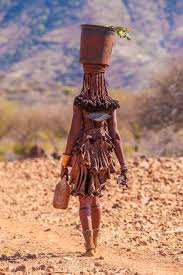 In the Solomon Islands, known for its world-class scuba diving and the famous WWII battle of Guadalcanal, an 18-year-old young woman recounts what happened to her while collecting water:

“On my way back with the water, I met boys up the hill. It had gotten dark and they began to harass me. One of them said that they could carry the water for me. When I said no, he got angry and said that I had insulted him. He demanded that the only way to compensate for that was to have sex with him. I refused and he punched me in the stomach. The others then grabbed me and carried me to the bush where I was raped. They each raped me and then left me there after threatening to kill me and my family.”

Hers is one story among millions that don’t make headlines like the violence perpetrated by ISIS or the Taliban or Boko Haram.

“I vowed not to tell my family, because it would bring shame to them. I took the water home and didn’t tell my family anything. I couldn’t trust the police, because they will not help me. I have to live with this shame for the rest of my life. I still walk to the pipe to collect water.